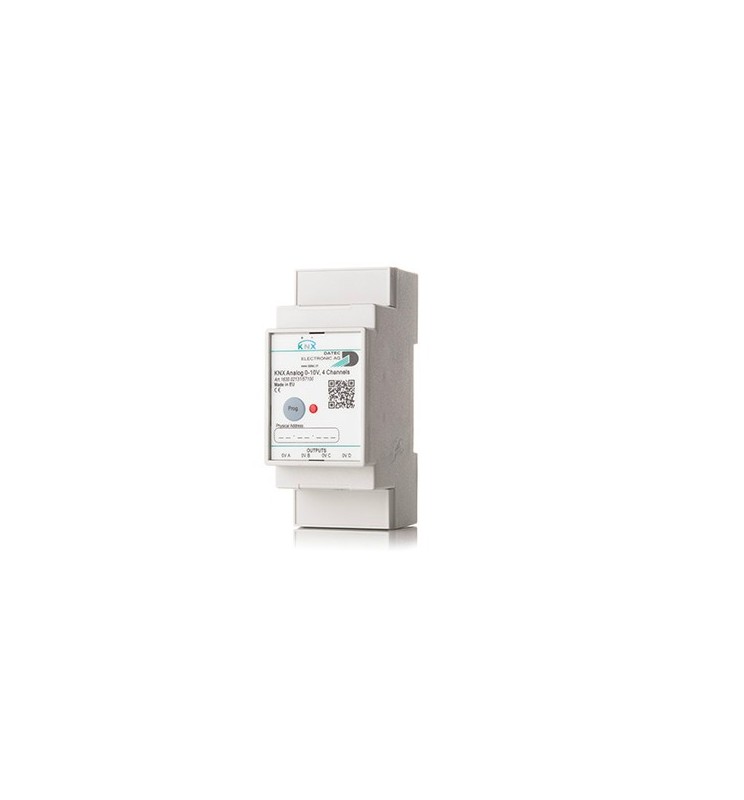 The Analog output 0-10V, 4 channels, is controlling 4 single 0-10V outputs.These are used, for example, to control analog 0-10V valves, in accordance with the requirements of room control units, mainly in cooling or heating applications in offices, hotel rooms, …

However also other applications are possible, like controlling fans, ventilation flaps, audio volume, …  Each output can source up to 2mA, including a current limitation and an overvoltage protection. Moreover, the outputs are isolated from KNX-Bus with 4kV isolation.